Data quality doesn’t have to be a train wreck. Increased regulatory

scrutiny, NoSQL performance gains, and the needs of data scientists are quietly changing views and approaches toward data quality. The result: a pathway to optimism and data quality improvement.

Here’s how you can get on the new and improved data quality train in each of those three areas: END_OF_DOCUMENT_TOKEN_TO_BE_REPLACED 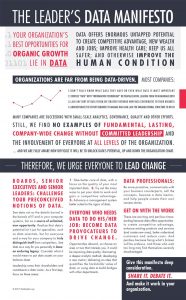 Over the years, data practitioners struggled for recognition and resources within their organizations. In reaction, they often focused on data “train wrecks” that this neglect causes. This year’s conference was no exception. For example: END_OF_DOCUMENT_TOKEN_TO_BE_REPLACED

The term “trust” implies absolutes, and that’s a good thing for relationships and art. However, in the business of data management, framing trust in data in true or false terms puts data governance at odds with good practice. A more nuanced view that recognizes the usefulness of not-fully-trusted data can bring vitality and relevance to data governance, and help it drive rather than restrict business results.

The Wikipedia entry — for many a first introduction to data governance — cites Bob Seiner’s definition: “Data governance is the formal execution and enforcement of authority over the management of data and data related assets.” The entry is accurate and useful, but words like “trust”, “financial misstatement”, and “adverse event” lead the reader to focus on the risk management role of governance.

However, the other role of data governance is to help make data available, useful, and understood. That means sometimes making data that’s not fully trusted available and easy to use. END_OF_DOCUMENT_TOKEN_TO_BE_REPLACED 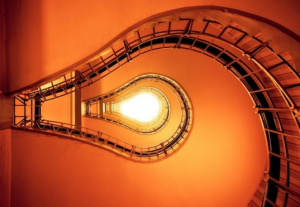 Recently I’ve had the opportunity to dig deeply into the CMMI Data Management Maturity model. Since its release, the DMM model has emerged as the de facto standard data management maturity framework (I’ve listed other frameworks at the end of this post).

I’m deeply impressed by the completeness and polish of the DMM model as a comprehensive catalog of processes required for effective data management. Even after decades in the business the broad scope and business focus of the model changed the way I think about data management.

Here are my impressions collected under five distinct categories. END_OF_DOCUMENT_TOKEN_TO_BE_REPLACED 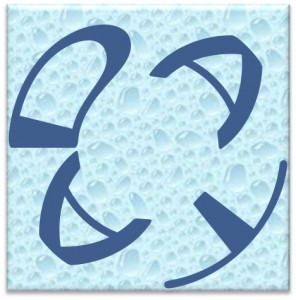 A quick Google search seems to reveal if you manage People, Process, and Technology you’ve got everything covered. That’s simply not the case. Data is separate and distinct from the things it describes — namely people, processes, and technologies — and organizations must separately and intentionally manage it.

The data management message seems a tough one to deliver effectively. Data management interest groups have hammered at it for years, but a sometimes preachy and jargon laden approach relying on data quality train wreck stories hasn’t generally loosened corporate purse strings. Yes, financial companies’ data-first successes in the 1990s paved the way for the ’00s dot com juggernauts, whose market capitalization stems largely from innovative data management. Yet, we still have huge personal data breaches at some of our most trusted companies, and data scientists spend the bulk of their valuable time acquiring, cleaning, and integrating poorly organized data.

The first steps are often the hardest, so here’s a short, no jargon, big picture guide to getting started with effective data management in three steps:

END_OF_DOCUMENT_TOKEN_TO_BE_REPLACED 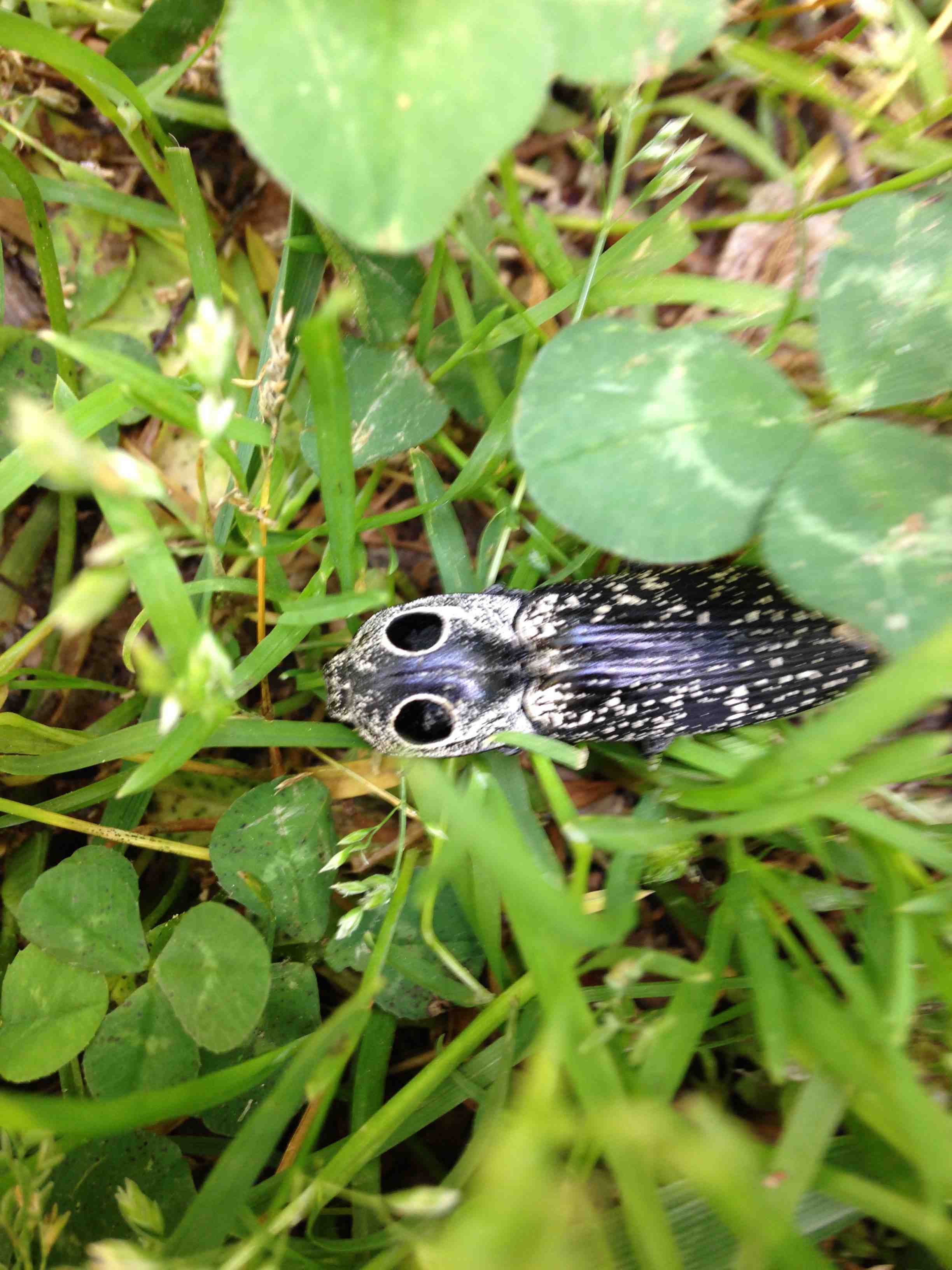 Here’s a field guide to three different types of overloaded data, associated risks, and how to avoid them: END_OF_DOCUMENT_TOKEN_TO_BE_REPLACED

The data integration process is traditionally thought of in three steps: extract, transform, and load (ETL). Putting aside the often-discussed order of their execution, 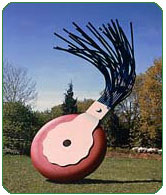 “extract” is pulling data out of a source system, “transform” means validating the source data and converting it to the desired standard (e.g. yards to meters), and load means storing the data at the destination.

I recently stumbled upon one of The Martin Agency’s hilarious Geico caveman ads and wondered, rather geekily, why they didn’t do one about data analysis. I think if a caveman suddenly arrived in the 2010s he or she would see parallels between his life and the activities of today’s knowledge worker. When I thought it through, it seemed obvious that knowledge workers need to be more like farmers and less like hunter/gatherers if they want to achieve the full potential of business intelligence.

END_OF_DOCUMENT_TOKEN_TO_BE_REPLACED 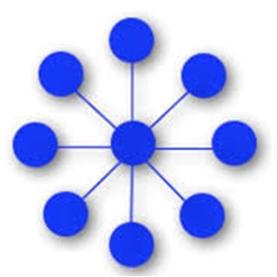 I hold a strong prejudice that IT paradigms are useful for about 30 years. The PC was dominant from 1980 to 2010, “online” mainframe systems from 1970 to 2000, and so on. If that’s the case then time’s up for Bill Inmon’s data warehousing framework. So far no widely held pattern has emerged to help us envision data management in today’s big data, mobile BI, end-user visualization, predictive analytics world, but at their recent Business Technology conference, Forrester Research took a swing at it by presenting their 2009 “hub and spoke” organizational strategy as a data management vision. END_OF_DOCUMENT_TOKEN_TO_BE_REPLACED

Data management professionals have long and sometimes rather Quixotically driven organizations to “get past the spreadsheet culture.” Maybe that’s misguided. The recent furor over a widely read social science paper may show how we can look to scientific peer review for a way to govern data, spreadsheets and all. 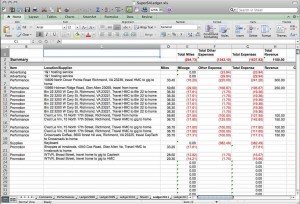 Recently, it was found that a key study underpinning debt-reduction as a driver of economic growth based its conclusions on a flawed spreadsheet. As this ArsTechnica article describes, Carmen Reinhart and Kenneth Rogoff’s Growth in a Time of Debt seemingly proved a connection between “high levels of debt and negative average economic growth”. But, per a recent study by Thomas Herndon, Michael Ash, and Robert Pollin, it turns out that the study’s conclusions drew from a Microsoft Excel formula mistake, questionable data exclusions, and non-standard weightings of base data. The ArsTechnica piece finds those conclusions fade to a more ambiguous outcome with errors and apparent biases corrected. END_OF_DOCUMENT_TOKEN_TO_BE_REPLACED