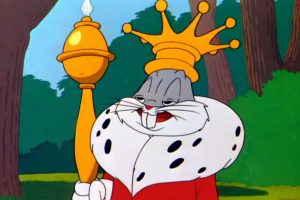 It’s fashionable today to talk about the risks of authoritarianism in the political sphere. I’m not going to speculate on that, but such talk got me thinking about the same tendencies among IT project leaders. What is an authoritarian personality? (Yes, that’s actually a thing.) Is it truly antithetical to a healthy project? If so, how can you screen for it in hiring?

Recently, ArsTechnica ran an article that offers a survey of research on authoritarian personalities conducted since the 1940s. The bottom line for us is that those with authoritarian tendencies more often

The studies cited by ArsTechnica and the premises of the Hurley and Hurley paper are controversial, but their perspective is useful. In my experience, although leadership styles with these characteristics are rare in the database/IT world, they are disastrous when they do appear. Projects that I’ve been involved with featuring project managers or architects with these characteristics have typically resulted in stilted, excessively complex designs and poisoned team atmospheres with resulting high turnover.

The reasons are pretty obvious if you look at agile team values. Here are the five “Scrum Values” from Scrum Alliance:

The underlying premise behind these values is that everyone on the self-organizing team has an equal voice in team decisions and a shared responsibility for making the project a success. Nothing kills that spirit more than a data modeling lead saying “I’ll approve no design that’s not fully normalized” or an architect saying “I’ve built hundreds of systems like this, I’ll handle the design.” Whenever I’ve seen a leader assert design authority that way, suppression of creativity results in substandard design, lack of team enthusiasm, and a flurry of resume updating on the part of talented team members.

This doesn’t just apply to agile teams. If anything delivering a quality product on a waterfall project takes more team creativity. Not only does the design need to meet requirements, but the team needs to take into account budgets and timelines that become increasingly less realistic as the project proceeds. The successful waterfall teams I’ve seen have modeled the Scrum values as well as any Agile team.

So how do you avoid hiring leaders who value authority over collaboration, are intolerant of diversity, and resist unfamiliar ideas? The linked sources tell us that these characteristics cut across all political, social, and ethnic lines: you can’t predict authoritarianism based on political party, race, sex, and so on. Certainly these qualities can exist among successful job candidates. In one case at a company I knew well, an individual was hired with great fanfare as a likely emerging new leader, but left within months after an authoritarian reign over a frustrated and occasionally tearful team.

The ArsTechnica article quotes questions that researchers said would identify latent authoritarian tendencies. Those questions wouldn’t be useful in a job interview, but they hint towards the kind of behavioral questions that might serve. Here are some that I’ve come up with:

A hiring decision is always a leap of faith; one wouldn’t expect these interview questions to result in a definite yes/no choice, but taken together they should provide a good impression of the candidate’s leadership style.

First, one who falters or has little to say in response probably hasn’t thought much about his or her leadership approach, and may not be qualified. For those who provide thoughtful responses, the first question invites an outright statement of the candidate’s values. The second invites the candidate to reveal whether or not he or she is the hero of her/his own story or a facilitator of a heroic team effort. The third offers a twist on the typical “what is your leadership style” question. The two layers of the answer should reveal much about a candidate’s leadership values. The fourth requests specific tactics, and can be followed up with a request for more detail and examples.

With awareness of the risks of these personality traits in leaders, and by asking thoughtful behavioral questions during the interview, hiring managers can hire leaders who support positive leadership values, and thereby improve team morale, retention, diversity, and creativity, and promote values that lay a foundation for solution quality and customer satisfaction.