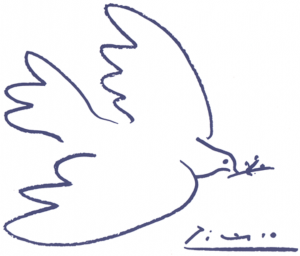 Yes this is a post about religion, so at the outset let me assure you that I won’t try to talk you into or out of any religion or otherwise. Nor will I reveal my beliefs. Instead, I will make the case that the beliefs of others are to be celebrated.

To those thinking this is off-topic, the “about” page says that this site deals in “motivated professionals working together to solve problems.” In order to cooperate closely and harmoniously, co-workers must share values that foster mutual trust. IT teams tend to be diverse. In this time when some of our elected officials sow distrust it is important to remember the last of the agile team values listed by Scrum Alliance: “As we work together, sharing successes and failures, we come to respect each other and to help each other become worthy of respect.”

I was motivated to write this after accidentally finding Landon Fowler’s 2016 article called The Faith of Atheism. To briefly summarize the argument (Landon correct me if I mischaracterize):

This is a perfectly logical perspective, and to me is the basis of tolerance. I agree we can’t know what is outside our abilities and experiences as humans.

Hopefully Mr. Fowler and I also agree on this point: the shared social values that bind us in workplace and other settings aren’t based in faith, but rather in our shared experience as humans. If that weren’t the case, then an evangelical Christian would have difficulty working and having fun with, for example, a Muslim, Hindu, Atheist, or Catholic for that matter. It stands to reason that we don’t depend on our opinions about what we can’t understand in order to interact well with each other.

What troubles me about Mr. Fowler’s piece is the opening’s confrontational tone, which continues to a lesser extent throughout the piece. If Mr. Landon’s co-workers have criticized him over his faith, shame on them. However, people of faith, whether religious or otherwise, will do best to turn the other cheek in these cases. I would think Christians especially would brush such things off and radiate joy, making every one of those they interact with happier and more productive. Flies with honey and all that, right?