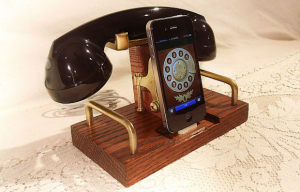 For complex work, a very simple app requires a very smart user. That point was driven home to me in Tableau Fundamentals class this week. I don’t see that as bad news at all.

Not so long ago I wrote a piece that attempted to inject a bit of reality into the claims then made by some data visualization tool vendors. I cited unexpected challenges that those adopting such tools for their obvious and compelling data presentation abilities might face. The challenges included unexpectedly complex data integration, establishing solid reporting standards and practices, scaling report distribution as demand for the visualizations expands, and the conversion work that can result from version upgrades.

Although a Fundamentals class, the experienced and enthusiastic instructor and the small, intelligent student group combined to make the two days immensely valuable, going far beyond the basics on the program (more on specific lessons learned will appear in an upcoming post). The instructor’s focus on principles rather than recipes drove home this point: in order to effectively use Tableau you have to understand not only how to operate Tableau itself but also the underlying data management, usability, and statistics principles.

Could it be that adopting easy-to-use Tableau in place of, say, SSRS, Cognos, or SAS requires an upgrade in staff knowledge and expertise?

That was the conclusion of some in class, and I was one. Tableau allows joining of data from multiple tables and “blending” of data from multiple databases. Using the wrong columns to join data, or choosing the wrong kind of join, is a pervasive and subtle source of incorrect results, not to even mention the poor response time of poorly designed queries against large databases.

The deeply experienced statistician in the class had similar concerns about Tableau’s powerful statistical modeling functions. I’m not qualified to recount his specifics. Suffice it to say that in order to understand whether forecasts and trend lines rendered by the tool are valid, or the best choice for a given dataset, one must understand the data, the math applied, and the strengths and weaknesses of different trending and forecasting options.

None of this is bad news though, except for the manager seeking to use Tableau to reduce data analyst payrolls. For some reason IT tools seem to make us lose touch with what we already know about technology.

Let’s compare Tableau to the telephone. It enabled us to communicate over long distances, but reduced the bandwidth of those communications. I imagine it took our grandparents and their parents a while to learn to convey emotions over a medium that eliminated eye contact and touch. That history repeats itself in email, text messages, and tweets, which we’re still kind of figuring out.

The point is that in order to communicate well over a telephone one must be more skilled at communications, and more aware of the communications medium. Data visualization apps present a similar challenge. These apps make analysis easier by reducing the tool palette available to the analyst and streamlining the process of applying the tools remaining. Effective users understand they’re working with less tool bandwidth, so to speak, and learn to compensate for the functionality limits, just as we have learned to text just the right emoji to tell our loved one exactly how we feel.

So the analyst has to know the tools, know which tools are missing, and how to compensate for the missing tools in the visualization app. In return for the missing features the app enables the analyst to work with more data, quickly apply powerful models, offer stunning presentations, and widely distribute the results.

In the latest edition of New Philosopher, Patrick Stokes writes this:

It seems to me data visualization tools are rapidly becoming transparent and, in the hands of expert data analysts, are delivering on their vast potential.